Since its inception as a shirt specialist in 1988, Ted Baker has become the go-to brand for young professionals. Known globally for its creativity, charm and quirkiness, the Ted Baker shirt sale is distinguished by its unique characteristics and lavish prints.

Whether you are looking for cool and casual or require more formal attire, a Ted Baker shirt will suit any occasion. Choose from muted hues or signature prints - quirkiness runs through the Ted Baker DNA.

Refine and order by

We'll tell you when this drops in price.

Pay less for the brands you Love
with LovetheSales.com.

Love the Sales on social media

About us Press Articles Become a seller

© 2022 Love the Sales Limited. All rights reserved. We may earn a commission when you use one of our links to make a purchase.

Install the app to homescreen

Get alerted when items you love drop in price.

We personalise your sales to find you the best deals from your favourite brands.

Open the app from your notifications. 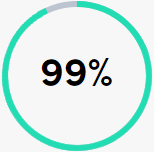 This email address isn't registered yet.

Go back
Go back

Or use another method

Where are you shopping from?

We and our trusted third-party partners use cookies and other technologies to enhance site security, improve and personalise your experience, as well as delivering tailored ads both on our own and other sites. For additional details view our Cookie Notice .

Cookies are a small text files that websites place on your device as you are browsing. This information might be about you, your preferences or your device. The information does not usually directly identify you, but it can improve your browsing experience on our website. Because we respect your right to privacy, you can choose to opt out of certain cookies. Note that this may impact your experience of the site and the services we offer.

Operational cookies can't be disabled to the extent we use them to provide you our services.

These cookies allow you to see ads from Love the Sales that are personalised to you.

Your browser is out of date and no longer supported. Please update this to get the best experience.